At St. Joseph the Worker, we have a very special tradition. Every time one of our clients obtains a job, they ring the “Success Bell”. The whole office stops what they’re doing to celebrate our client and their new job. Read their stories here. 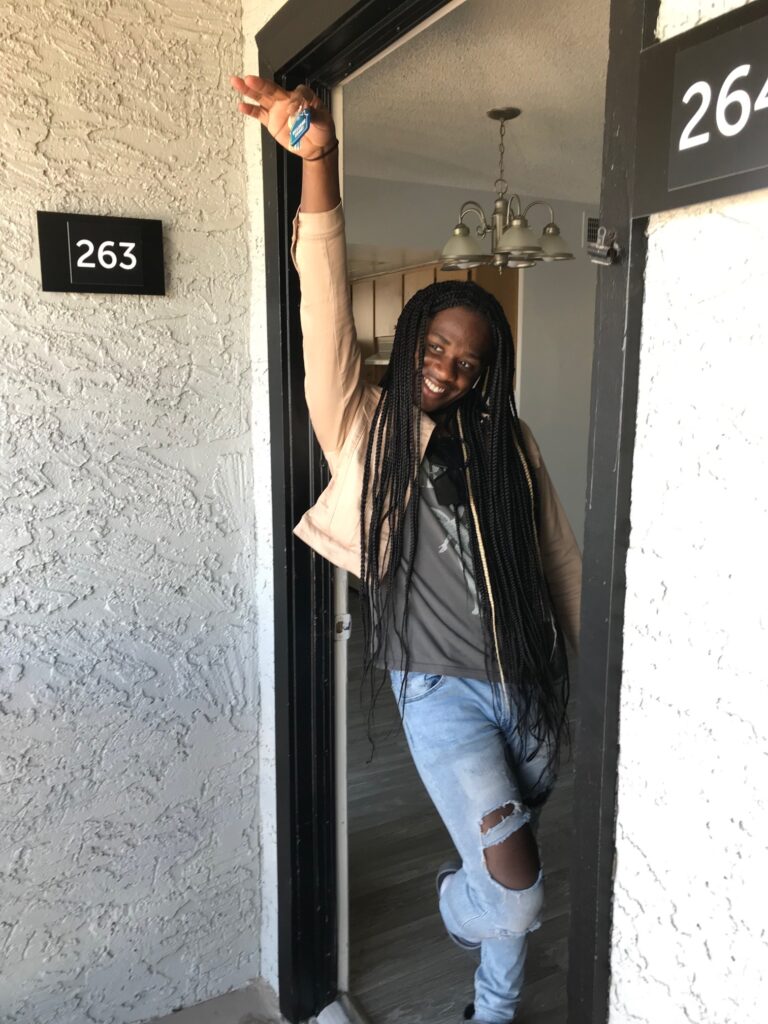 Jeremiah Gets an Apartment

Jeremiah came to Phoenix in November looking for opportunity. After ending a toxic relationship back in New York, she wanted to start anew. Jeremiah left 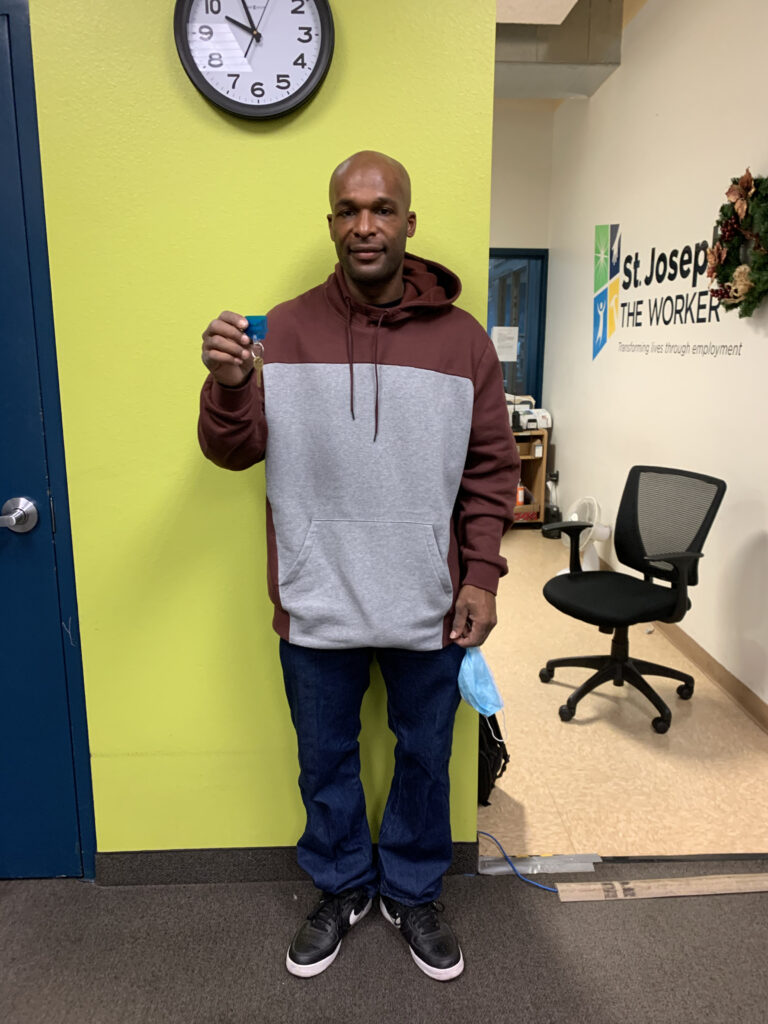 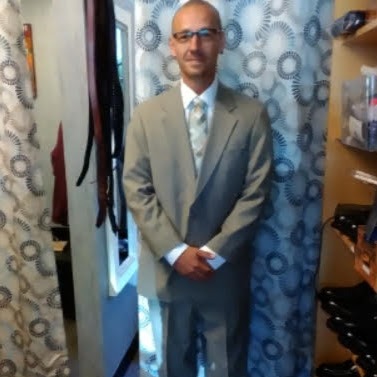 After years of battling substance abuse and having endured two prison sentences, Jeffrey has been sober and celebrating recover since 2017. We met Jeffrey years ago but due to the Coronavirus, Jeffrey needed a new job. Knowing we’d still be here for him, he called. This is is his story. 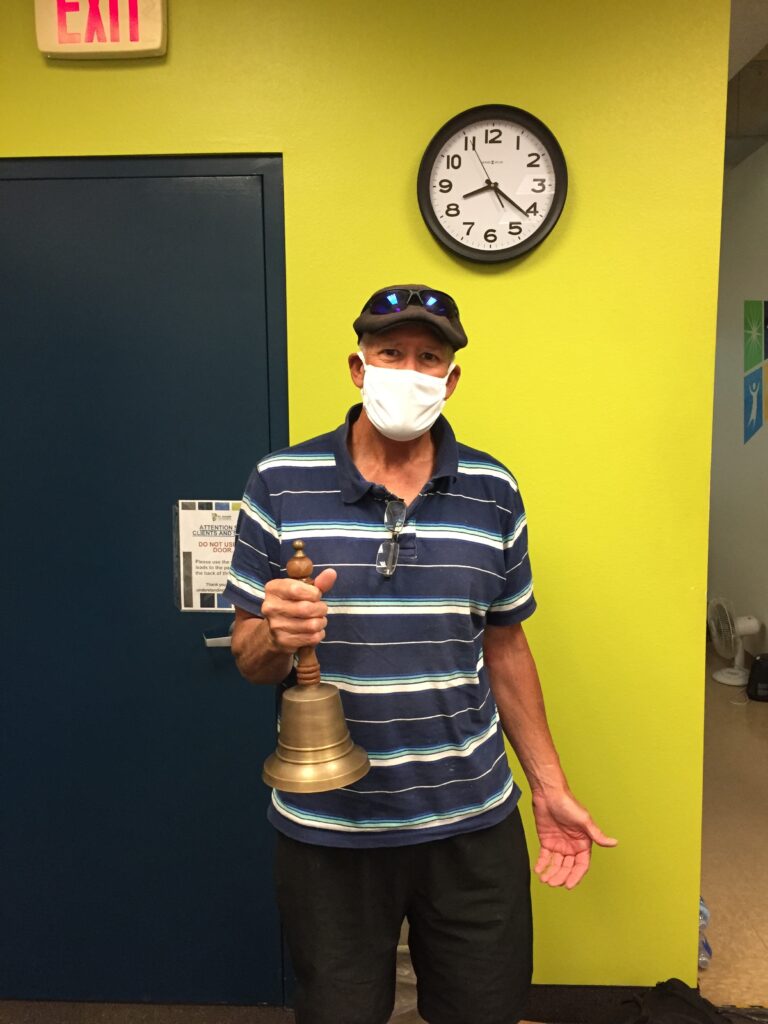 Though poverty is a profound tragedy no matter who it effects, for the elderly, it can be even more devastating. Read about Rob overcoming his barrier of age and successfully finding a job through SJW. 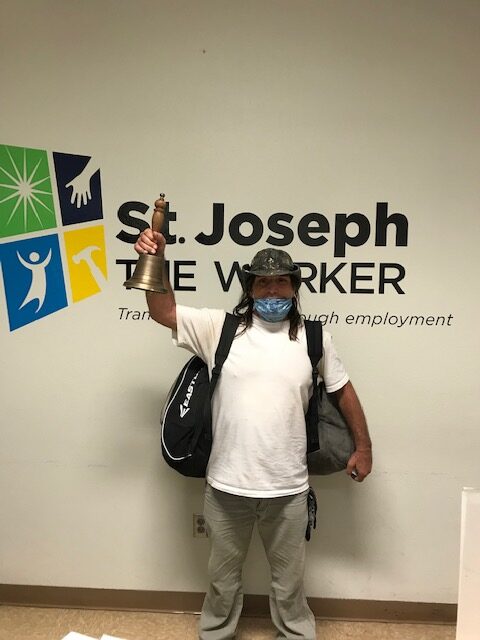 Not long after being the caretaker of a handicapped woman, Jeff became homeless. Luckily, he found his way to SJW and is now getting back on his feet with his new job. 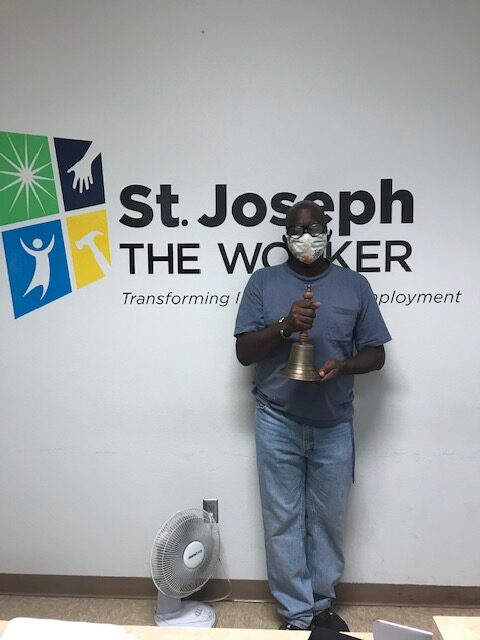 Chekosi grew up in the Projects in Chicago. He has been homeless and struggling with addiction for the last six years. He moved to Arizona to start over, found SJW and landed a job as a welder with our help.